The Company announces drilling results on its new discovery west of the Gwillim fault on its Scott Lake property in Chibougamau, Quebec.  Five holes west of the fault all intersected copper, zinc, and silver mineralization over widths ranging from 0.75 meters to 6.6 meters. One of the intersections yielded 0.98% copper, 6.35% zinc and 1.36 ounces/t silver in hole SC-95 W (Table 1).  The discovery holes cover a lateral distance of 110 m and represent approximately 10% of the electromagnetic conductor, thus giving a significant surface favorable for the extension of the mineralization encountered to date. (Figure 1, Figure 2 et Figure 3).

A sixth drill hole during last fall's campaign intersected 1.64 meters of massive sulphide grading 7.7% zinc and nearly 1 ounce/ton of silver before encountering the Gwillim fault. This massive zone is possibly an extension of the Gap zone east of the Gwillim fault.

The last hole of the fall 2022 campaign (SC-93) was also subject to a geophysical survey. The results have just been interpreted and they indicate a robust response of the mineralized zone plunging eastward for a hundred meters. In addition to the discovery mineralization, two other weaker conductors were identified at 755 and 800 meters along the borehole. These two conductors coincide with cherts and low sulfide mineralization which could therefore indicate two new horizons favorable for copper and zinc sulfide mineralization.

The Scott Lake Project, which hosts significant mineral resources (see press release dated March 30, 2017) and for which a positive Preliminary Economic Assessment has been completed.  The VMS-style mineralization at the Scott Project includes several distinct stratiform massive sulphide lenses located along or near rhyolite-andesite/basalt contacts. In addition to sulphides, distinct areas of veinlet sulphides and scattered VMS style (stringers), which can either connect or not to massive sulphides, have been intersected over a distance of at least 2 kilometers in east-west directions. According to a Preliminary Economic Assessment ("PEA") conducted in late 2017 by Roscoe Postle Associates ("RPA"), the Scott Lake Project represents an opportunity to develop a mine located near the towns of Chibougamau and Chapais, a typical northern mining development environment, offering housing benefits as well as the availability of labour, equipments and materials necessary for the project.

On December 19, 2022, the Company announced the termination by Iamgold Corporation of the option agreement for the Rouyn project dated December 17, 2018. Among other commitments, IAMGOLD was to make scheduled cash payments totaling C $4 million during the expense period stipulated in the option agreement, of which IAMGOLD had paid C$3.25 million prior to the termination of its option. IAMGOLD had to incur expenditures of C$9 million over the four-year option period in order to retain its option. As of December 31, 2022, it had incurred drilling and other expenses related to the Rouyn project of more than C$8.8 million.

Yorbeau is pleased with the amount of drilling IAMGOLD has done. As the Rouyn project is no longer committed to IAMGOLD, Yorbeau plans to explore other options to maximize the value of the project considering current economic conditions, including the current market price of gold. Notwithstanding IAMGOLD's termination of the option agreement, Yorbeau plans to work with its external consultants to complete the Rouyn mineral resource estimate in accordance with the Regulations. 43-101. IAMGOLD had undertaken preliminary work on this estimate under the option agreement.

The Rouyn property, which is now 100% owned by the Corporation, contains four known gold deposits in the six-kilometer-long Augmitto-Astoria corridor located in the western part of the property. Two of the four deposits, Astoria and Augmitto, have substantial underground infrastructure and have been the subject of technical reports that include resource estimates and have been filed in accordance with National Instrument 43-101 Mineral Project Disclosure.

The Scott Lake and Rouyn properties have both reached an advanced stage of exploration and are now amenable to development. With higher base metal and gold prices, the company is optimistic that both projects will move to an advanced level in the coming months. It is with this in mind that the Company continues its work and will explore all options to maximize the value of its projects and the company.

Yorbeau work is conducted under the supervision of Laurent Hallé P. Géo. He is a “Qualified Person” (as defined in NI 43-101) and has reviewed and approved the contents of this news release.

Additional information about the Company is available on its website,

Forward-Looking Statements: Except for statements of historical fact, all statements contained in this news release, including statements regarding the drilling program, exploration of options to maximize the value of the Scott Lake and Rouyn projects and next development steps in connection with these projects, and future and objectives, are forward-looking statements that involve risks and uncertainties. There can be no assurance that these statements will prove to be accurate. Actual results and future events could differ materially from those anticipated in these statements. Yorbeau disclaims any obligation to update these statements. 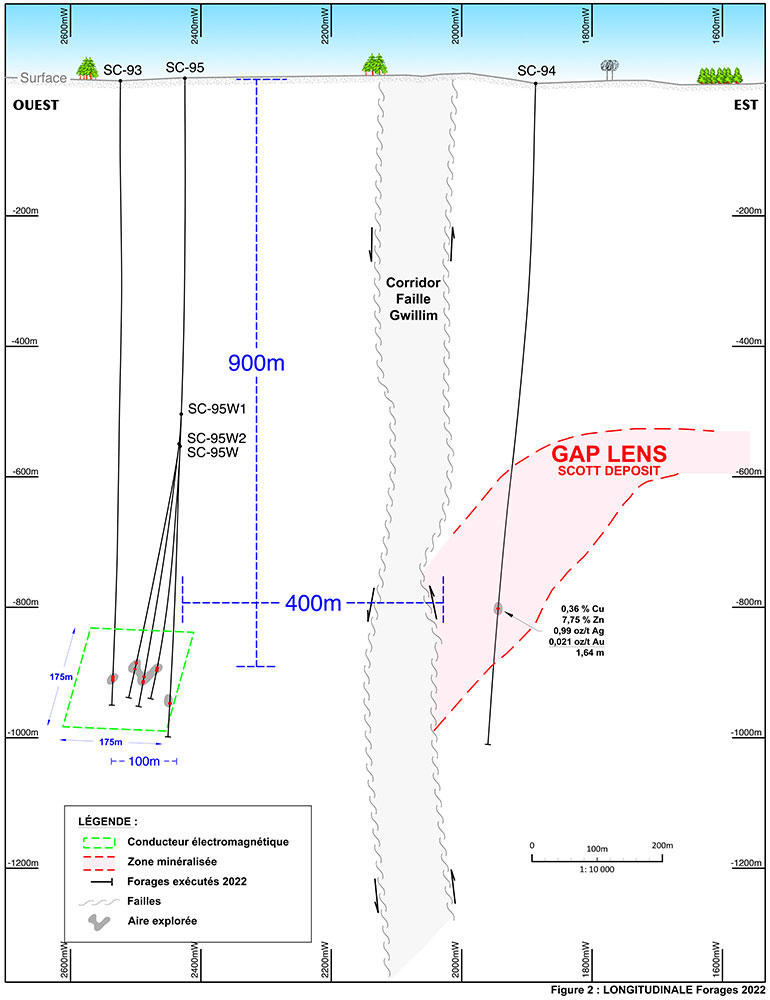